Social Media: Then and Now

I was in middle school when I was first invited by a friend to join Orkut. Remember Orkut? It was so popular back then, I never thought Facebook would ever fly. Orkut was where I first preened my virtual image and projected exactly what I wanted to appear to the world. Every little detail mattered - my turn ons, my turn offs, my ideal match, and even my level of beauty on Orkut's totem pole which graded you from mirror-cracking material to beauty contest winner.

Why am I suddenly talking about Orkut? I haven't time-travelled into the past. I am only analyzing how social media has affected and shaped my life over the years. When we hear the words "social media", we don't once remember those old famous sites that have now quite clearly become obsolete or extinct. Before my tenth board exams, I remember being on Hi5 and the insanely addictive Yahoo Messenger. That messenger perhaps can't be counted in social media, but it pioneered the concept of an online avatar. Never before did people ensure their avatars changed clothes with seasons and festivals. The avatars got new hairstyles before we did. the virtual social era THEN was built on the WEB.

And those few applications spawned a web around us that kept us from playing real games on the playground and meeting real people in real-life scenarios. But on the brighter side, the web and social media was what made it so cheap (and in some cases, almost free) to keep in touch with our dearest friends and family who we seldom had the privilege of meeting.

I fondly remember overcoming with emotion when I found my first crush through one such social media channel. The digital environ gave more wind to our fires than being in the same classroom had. Social media on web was not static then. I have seen Facebook grow just as I did through college. The once drab white wall gave way to customizable newsfeeds and portfolio-like profile pages. Most FB users had joined the site to stay connected and reconnect with people. But with time, Zuckerberg's baby became a platform to showcase our best pouts and foreign trips.

The best thing that happened in the world of social media was the change in its definition and perception. What in one age was synonymous with Facebook, is now a multidimensional term to denote many forms of social hangout places. Twitter was a trailblazer for microblogging. Sina Weibo and several others (hinting at Google's failed app, Buzz) cropped up, and character-limits took our poor spellings and tattered grammar to a whole new level.

In the past couple of years, social media has come to encompass location-blogging (think Foursquare/Swarm), photoblogging (Instagram and Pinterest) and video-blogging or vloggging (thanks to YouTube). The advent of mobile internet has made us ever-connected beings with funny behavioral patterns.

We see no wrong in completely ignoring our dinnermates as we Instagram a pic of our meal. We are also joined to our cellphones by an umbilical cord disguised as a hand. Jokes and rants apart, social media on mobile had made our lives much smoother. Tracking news or flight statuses are only a matter of hashtags! Hashtag is perhaps the best thing that Twitter-bird has gifted this world. Searching has never been such a breeze! Even mobile banking has gone to the extent of letting one transact and check account balance using nothing but hashtags on Twitter! Some pubs provide you free tequilas if you check in on Foursquare while dining there. (I did not make this up. I'v been there and done that! ;-) )

The question of judging whether social media is more effective on web or on mobile is meaningless to me. In our world, if you don't embrace and learn the newest technology, you are left behind. If I have the option of checking my Google Plus feed on my smartphone, why will I give that a miss? And if I compulsively use Instagram, Facebook and Twitter on my phone, why should that mean I'm never going to use my computer again.

The poor pieces of justification of the stance one takes in the pseudo war between web and mobile just baffle me. My friends site the clunkiness of a laptop to a cute, portable phone. Only a few years back, a laptop was a prized possession, and so much more portable than a desktop. The smaller screen space is one thing that goes against phones.

The way forward is to accept the next big change in the realm of social media. It could be interconnected electronics that talk to each other and ignore humans like we did for so many years. Or it could be the end of social media as we know it, and the rebirth of face-time reactions.

I am participating in the #SMWBangalore activity at BlogAdda in association with Social Media Week Bangalore.
Expressed by Oindrila De at 10:56 pm 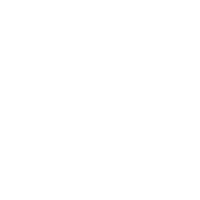